The previous post showed the steps necessary to enable DLP. This post describes the workflow to configure DLP. I needed DLP to relay outbound messages to a specific mail relay based on header information.

At first I create a DLP rule to define the matching conditions. I match specific header information, which is added to a message by the internal MS Exchange server. 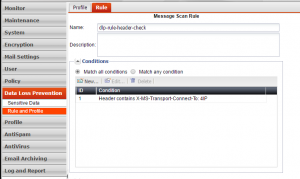 You can match multiple conditions, like subject, recipient, sender, body or attachments and you can also use regular expressions. This makes it very powerful to match specific or multiple characteristics from a message. You can also add exceptions to the DLP rule.

The next steps involves creating a DLP Profile. The DLP profile sets the action, when the DLP rule is matched. You need to specify a default action and you can overwrite is by defining specific actions for specific DLP rules. I create an action to deliver mail to an alternate host. The action can be configured from the DLP profile pane or you can configure the action under the Content Profile Actions. I needed to configure an outbound action, which needs to be created under the Content Profile Action. 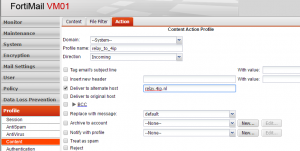 I use the above action as default in the DLP Profile and set my scan rule to use the default action. 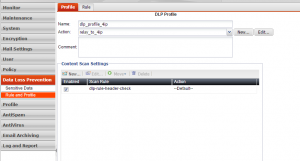 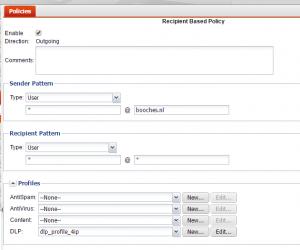 FortiMail has the option to use Data Loss Prevention as enhanced security mechanism. This feature is introduced in firmware 5.3, according to the release notes. By default the DLP option is not visible on the GUI. 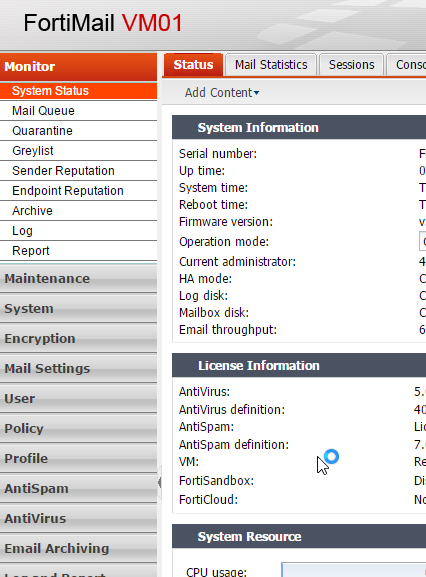 This enables DLP and adds a new configuration menu to the GUI. 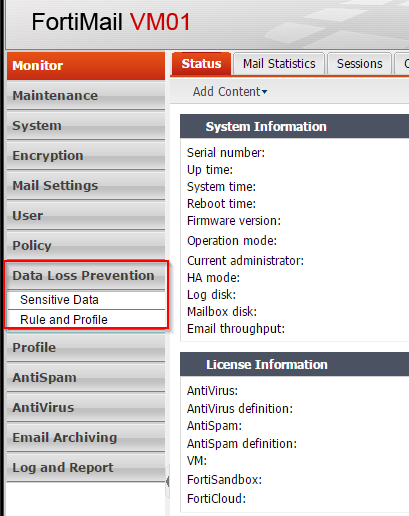 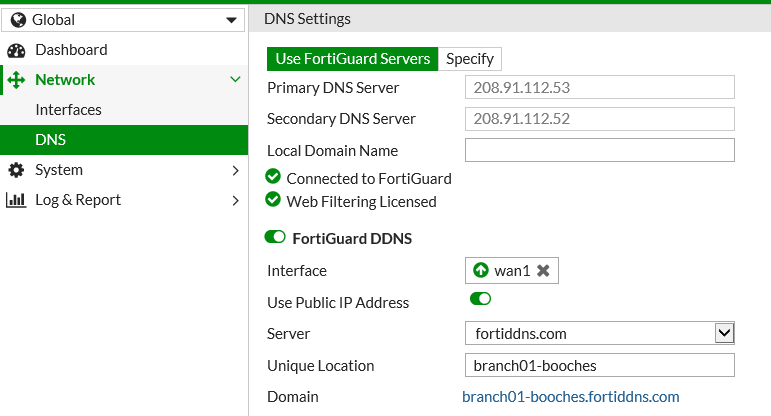 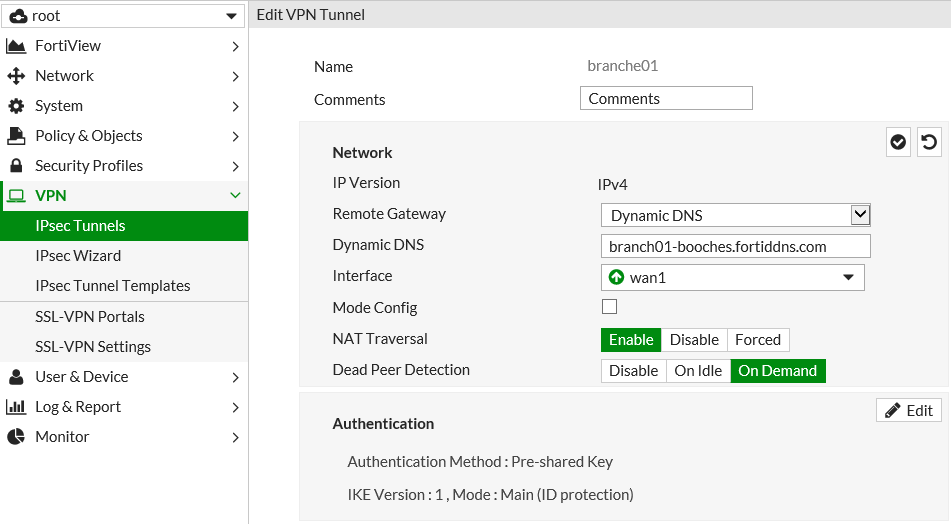