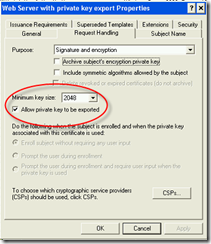 Today I have been troubleshooting problems with a Microsoft ISA array. The array didn’t function anymore after moving the Configuration Storage Server and one array member from a VMware 3.5 environment to a VMware 4.0 environment. After moving the array member the VMware Tools were upgraded and also the Virtual Hardware was upgraded. After rebooting the moved array member the customer received multiple error messages, like duplicate IP addresses and users not able to access resource through the reverse proxy.

A Microsoft ISA array uses Network Load-Balancing and NLB was the cause of all problems. After upgrading the VMware Tools and the Virtual Hardware, NLB needs to be reconfigured. The complete configuration of NLB was lost. I reconfigured NLB (multicast with IGMP support) and the problem was resolved. The array members were functioning properly again.

I received complains from a customers who wasn’t able to add two new Citrix servers to his Citrix Access Gateway configuration. He could successfully add the first Citrix server, but he couldn’t add the second Citrix server, because the first was overwritten by the second. I looked at the problem and noticed that both Citrix server were using the same STA Identifier.

I had to change the STA ID in the C:\Inetpub\Scripts directory, because IIS was used to share port 80 on the server. The CtxSta.config file contains a UID, like the example below:

; SSL only mode
; If set to on, only requests sent through HTTPS are accepted
SSLOnly=off